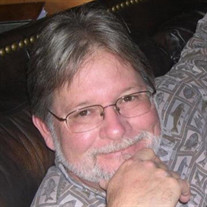 Richard “Dickie” Finnorn, 65, of Huntsville, passed away peacefully at home on 2/17/2022. A memorial service will be held April 9, 2022 at 1PM, Friendship Baptist Church, 3217 Village Drive, Huntsville, AL. Richard is preceded in death by his father Richard Syril Serpas, stepfather John Finnorn Jr., mother June Audrey Finnorn and son James Joseph Finnorn. Richard was loved by his wife of 22 years, Shirley; brother Michael Thomas Finnorn and wife Gabriela Finnorn; daughters Kristen Jenae Myers and husband Jason Myers, and Sarah Megan Goodman and husband Adam; stepson Steven Michael Landry and wife Anne D’auray Landry; nephews Vartan Nicolas Kehyaian and Ian Emmanuel Finnorn; grandchildren James Maddox Finnorn (Go Saints!), Alexandra Grace Finnorn, Mila Klaire Myers, Walker Knox Myers, Chase Alexander Cecil, Michael Steven Landry, Blaize Myers, Alexa Myers, and great grandchildren Presley and Braxton Myers. Richard was known as Dickie or “Finn” by his friends. He was an Army Ranger, paratrooper and combat engineer in A Company of the 82nd Engineer Battalion. He was an honored veteran who loved his country. Dickie loved cooking, fishing, music and people. He was a loyal Saints fan, no matter what. He was an exceptionally good friend and always kept in touch. As his beloved wife Shirley said, "who else has an elementary school reunion?" Dickie was outgoing, larger than life and fun to be around. He always had something good to say. Philippians 4:8 says, "whatever things are true, whatever things are noble, whatever things are just, whatever things are pure, whatever things are lovely, whatever things are of good report, if there is any virtue and if there is anything praiseworthy-meditate on these things." Dickie always did just that. In lieu of flowers, the family asks that you donate to the Compassus Living Foundation, Huntsville, AL. https://www.compassus.com/locations/alabama/huntsville

The family of Richard "Dickie" Finnorn created this Life Tributes page to make it easy to share your memories.

Send flowers to the Finnorn family.