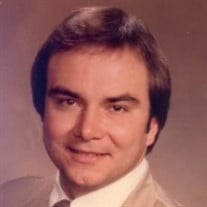 Dr. Kenneth Norman Shannon, age 67, living in Montgomery, Alabama was reunited with his Lord and Savior on Saturday, March 26th, 2022. Ken was born in Birmingham, Alabama on July 14th, 1954, to Dr. Harper Shannon and Elsie Batemon Shannon. Ken was the quintessential P.K. “Preacher’s Kid,” mischievous, and loved to laugh. During his childhood and teenage years, Ken spent many summers with his mother, father, and sister Grace at their family cabin on Lake Eufaula. Ken graduated from Dothan High School in May of 1972 with full academic honors, and as a member of the National Honor Society. He pursued his higher education in the medical field graduating from the University of Alabama in Birmingham in December of 1981, obtaining his Doctor of Medicine. Dr. Shannon simultaneously satisfied the requirements to become a Diplomate of the National Board of Medical Examiners and completed his residency at Baptist Memorial Hospital in Gadsden, Alabama. He started his medical career in Emergency Medicine and then went into his private practice. Throughout his career, Ken accumulated many achievements, and made a difference in the lives of countless people. Dr. Shannon felt that he had a duty to serve his community, as well as his country, and enlisted in the Air National Guard where he obtained the rank of Major. Ken completed the United States Air Force School of Aerospace Medicine and served as a USAF flight surgeon. Major Shannon was responsible for the health and well-being of airman and aviators of the 117th Air Reconnaissance Wing of the Alabama Air National Guard. Along with his flight surgeon responsibilities, Ken logged many flight hours in the McDonnell Douglas RF4C Phantom as part of his service duties. Major Shannon also became a Charter Sponsor of the Air Force Memorial Foundation. Throughout Ken’s entire life, he was an avid reader, hunter, fisherman, and outdoorsman. He loved all sports especially, Alabama Football. He enjoyed nature, the outdoors, sunsets, and he especially enjoyed spending time with his family and friends to tell stories of his life and times. Ken was also a husband of 18 years and a loving father to his twin daughters, Heather, and Rachel. Ken was a man of faith and a member of First Baptist Church of Montgomery; he loved the Lord and his Savior Jesus Christ. In the later years of his life, Ken shared his faith and served as a Drug and Alcohol Counselor in a prison ministry for the Alabama Department of Corrections before retiring. Ken was preceded in death by his father, Dr. Harper Shannon, his daughter, Heather Hope Shannon, his aunt, Autria Nell Batemon Parker, and his uncle, Bobby Eugene Parker. Ken is survived by his mother, Elsie Batemon Shannon, his daughter, Rachel Shannon Riggan (Jordan Riggan), his sister, Grace Shannon Morgan (Jeff Morgan), his niece, Jessica Ann Oppert (Wilson Oppert), his great nephews, Ezekiel and Isaiah Oppert, former spouse, Valerie Shannon Pugliese, along with several other cousins and family members. The family will hold a memorial service for Ken at a later date that is to be determined. Ken will be placed next to his daughter, Heather, at Williams Southside Cemetery.

The family of Dr. Kenneth Norman Shannon created this Life Tributes page to make it easy to share your memories.

Send flowers to the Shannon family.