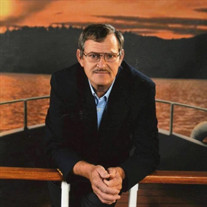 Retired SFC Gary Michael Shirley 70, of Piedmont, Alabama passed away on January 29, 2022. He is survived by his wife of 50 years, Polly McKern Shirley. Three daughters: Lisa Gowens, Michelle (Brian) Zink, Melinda (David) Mitchell. Special daughters: Daphne Hudgins and Jennifer Taft. He also leaves behind eight grandchildren: Chandler (Joseph Jones) Brock, Avery Gowens, William and Leighton Zink, Colton, Garrett, and Kevin Mitchell, Whitney (Cody) Ray. Two great granddaughters: Kennedy Brock and Oliviah Zink. Three brothers: Terry (Margie) Shirley, Glenn (Sandra) Shirley, Larry (Mary) Shirley. He was preceded in death by his parents: Idus and Ola Shirley, three sisters: Rosemond Carter, Betty Bux, and Dot Ayers four brothers: Bobby, Gene, Grigg and Billy Shirley. Gary was a veteran of the Vietnam War, where he earned several medals. He grew up in Eastanollee, Georgia. He was a 1970 graduate of Stephens County High School. He served 20 years as a Military Police Officer in the Army and 10 years as a police officer for the VA Hospital. He was also retired from Federal Mogul after 10 years. The discipline and patriotism he learned in the Army never left him, as friends and family will attest. He will be remembered for his faith, sense of humor and deep love for his family and Ford Mustangs. He will be greatly missed by all that knew him. Visitation will be this Saturday, February 5 from 1-3 at Acree-Davis Funeral Home in Toccoa, Ga with a private graveside with Military Honors at Cross Roads Baptist Church in Hartwell, Ga.

The family of Gary Michael Shirley created this Life Tributes page to make it easy to share your memories.

Send flowers to the Shirley family.